Please see below for the Leasowe cockle survey results from the 11th August 2017. You can download a .pdf version here.

Survey – Jumbo and 0.5m2 quadrat / 0.1m² quadrat and sieve depending on substrate and density of cockle.

38 survey stations were sampled from a grid 250m apart with an extra point added between some points. The bed can be split into two distinct areas, one area high up the beach and relatively muddy that has a high density of cockle, and an outer area where the cockle has spread out from the dense and is in lower densities. This outer area consists of sand waves with muddy patches in between and the majority of the cockle lies in the muddy patches.

Means were calculated from all survey stations with the defined bed area (zero counts on the edge of the bed have been removed). 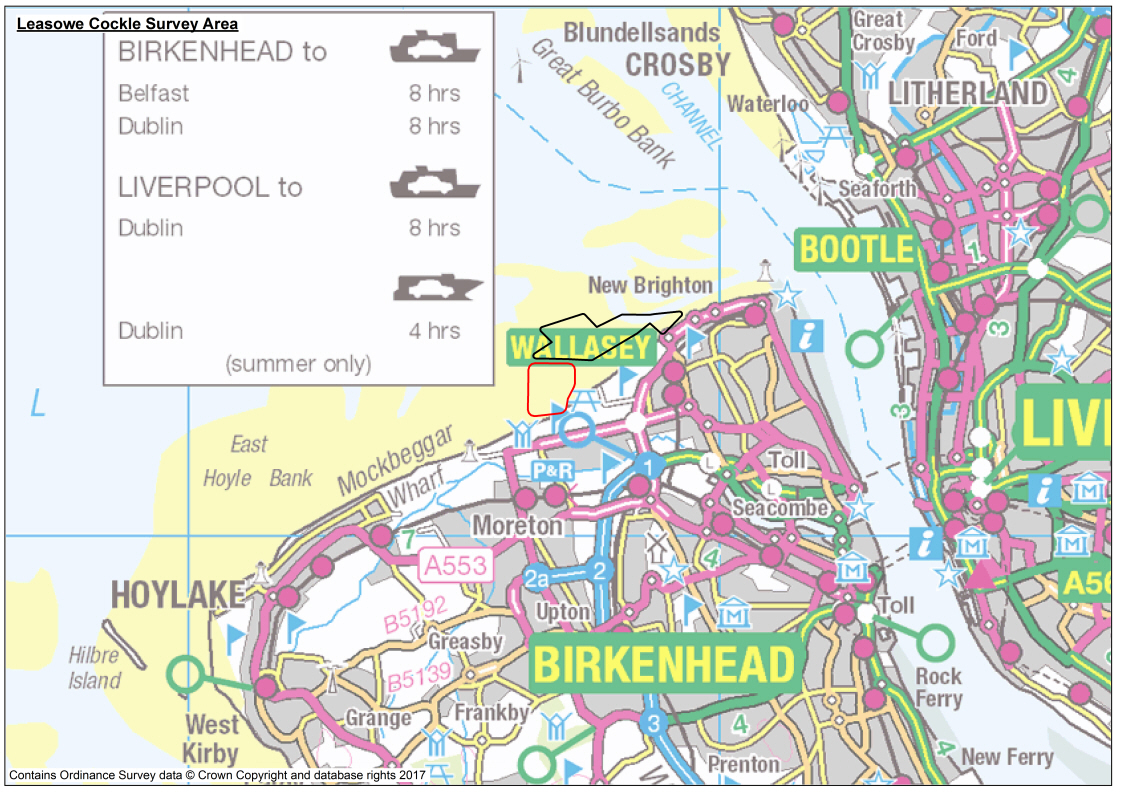 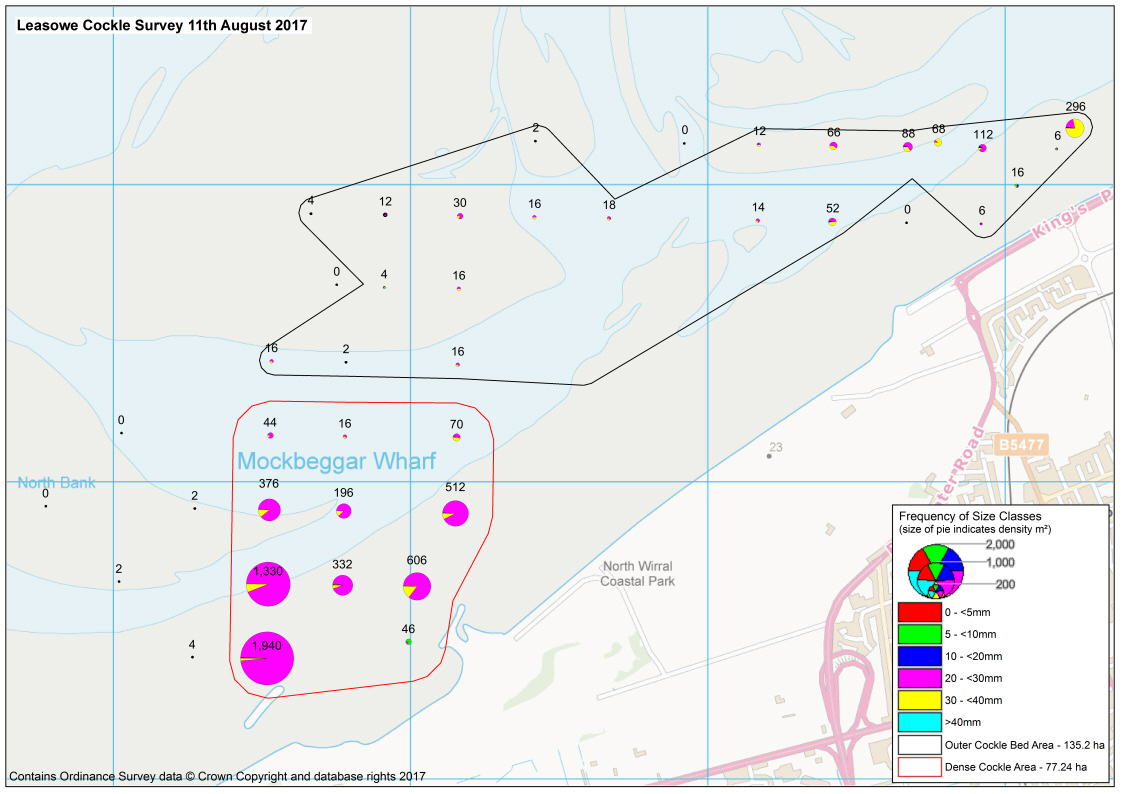 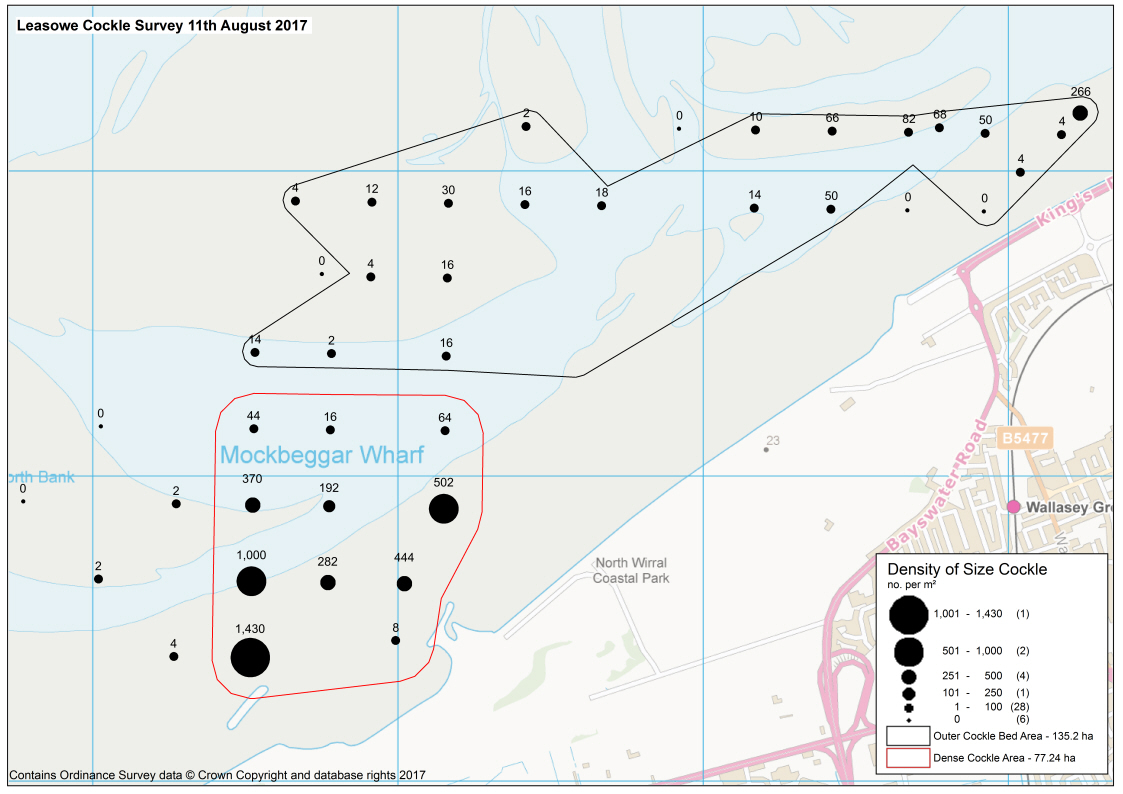 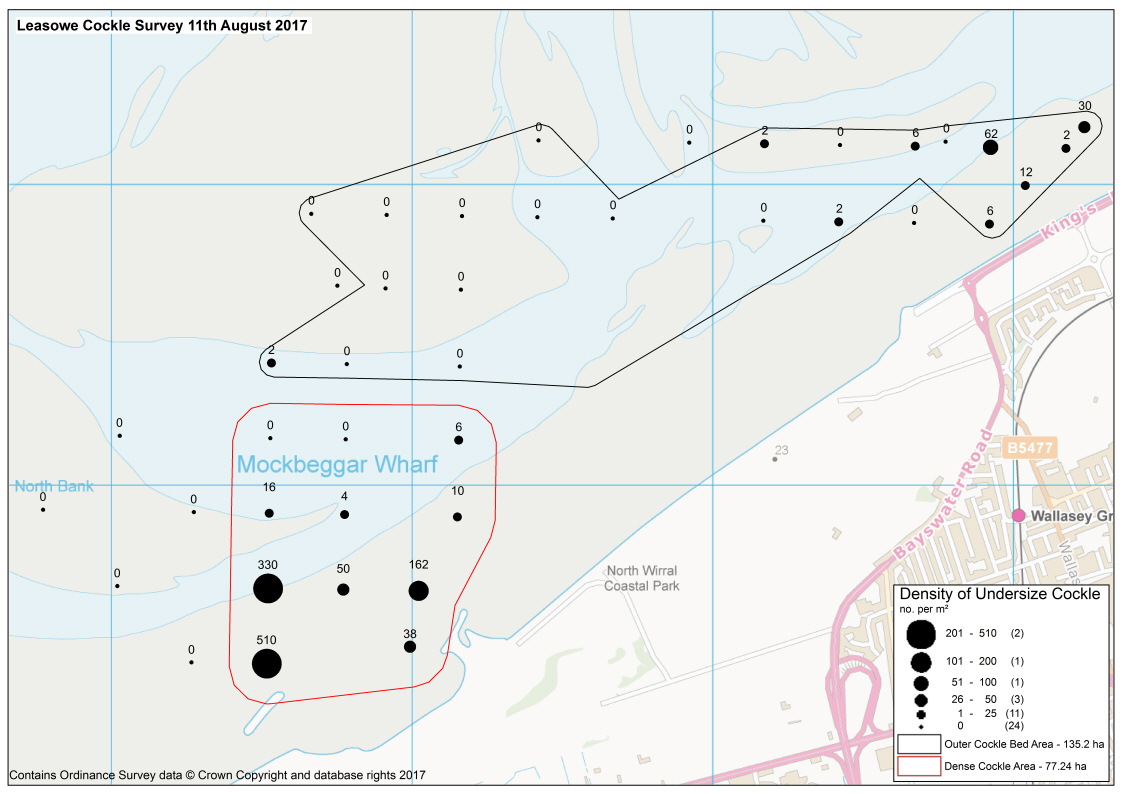